The Global Coalition to Protect Education from Attack (GCPEA), of which Save the Children is a member, has just released a new flagship report - Education Under Attack 2018. It shows that deliberate and indiscriminate attacks on schools, universities, students and staff are becoming more widespread in conflict situations across the world. Globally, there were more than 12,700 attacks on education facilities that harmed over 21,000 students and educators between 2013 and 2017.

The report includes profiles of 28 countries that experienced at least 20 attacks on education from 2013  through 2017, and Ukraine is one of them. For the first time Ukraine is featured in this global report. Over the last 16 months at least 45 schools have been damaged or destroyed in eastern Ukraine and 22 education facilities faced temporary closures due to the conflict. This is in addition to more than 700 schools damaged since the conflict began. More information on recent attacks on schools in Ukraine is available at Education Cluster information management products.

Michele Cecere, Save the Children’s International Representative to Ukraine, said: “There are still hundreds of thousands of children living in dire conditions in areas directly affected by shelling and densely mined. Children should be able to go to school without fearing their classroom may be shelled. Save the Children calls on the international community to step up efforts to ensure boys and girls in eastern Ukraine benefit from quality and safe education, psychosocial support, dignified living conditions and access to quality healthcare”.

"More than four years of conflict in eastern Ukraine have taken a devastating toll on the education system, destroying and damaging hundreds of schools and forcing 200,000 girls and boys to learn in fragile environments, amid volatile fighting and dangers due to unexploded weapons of war", said UNICEF.

The Global Coalition to Protect Education from Attack (GCPEA), co-chaired by Save the Children, UNICEF and number of other organisations, was formed to address the issue of targeted attacks on education during armed conflict. GCPEA is releasing the report to push for greater awareness, endorsement and implementation of the Safe Schools Declaration.

“By endorsing and implementing the Safe Schools Declaration, including tracking attacks on education to respond more effectively and enable accountability, countries can begin to secure safe education for all”, said Diya Nijhowne, Executive Director of GCPEA.

Save the Children calls on all parties to ensure that children and schools are protected at all times and that children can receive the education they deserve. 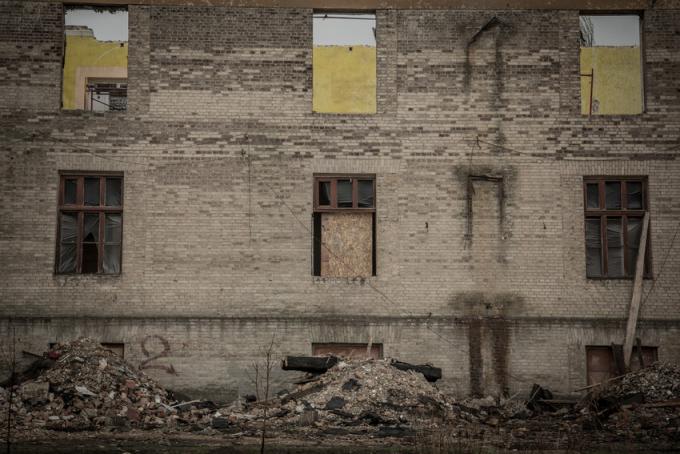 Damaged school in Krasnohorivka. Credits: Simon Edmunds / Save the Children

The Global Coalition to Protect Education from Attack (GCPEA) includes:  co‐chairs Human Rights Watch and Save the Children, the Council for At‐Risk Academics (Cara), the Institute of International Education (IIE), Education Above All Foundation (EAA), and UN agencies. GCPEA is a project of the Tides Center, a non‐profit 501(c)(3) organization.